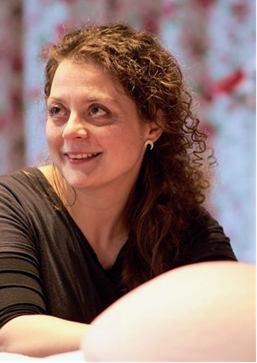 My name is Andrea, but I go by Eya. I started being interested in maternity and childbirth when I was in my late teens, however I did not pursue midwifery until later in my life. I am originally from Germany, but I lived in the UK for many years where I also did my training. In 2003 I lived in Colombia where my son was born. I had the privilege of living and working in a few countries before moving to Canada and now to this beautiful part of the country. Moving around allowed me to experience the diversity and differences of maternity care. Having received care during my own pregnancy in three different countries with partial language barriers and cultural differences made me realise how important a holistic approach is during pregnancy, childbirth, and postpartum. In 2019 I also experienced midwifery care from a client perspective here in Canada when I was pregnant with a surrogate baby for a lovely couple in Israel. Before I became a midwife I had a colourful job-history which included IT jobs, nannying, and teaching young, disadvantaged women to help them get their basic school degree. It was then when I realised that maternity care is really what I want to pursue.

I graduated from midwifery in 2012 and worked in London at a hospital with approximately 7000 births per year and in the community. After leaving the UK in the fall of 2015 we (my son and I) lived in Germany for a little over one year where I worked in a stand-alone birth centre as an independent midwife. Since arriving in Canada in 2017, I did my accreditation in Vancouver BC and I recently completed a Master’s degree in Global Health from the University of Maastricht in the Netherlands. I also hold a pregnancy massage diploma and an acupuncture certificate. This allows me to connect with pregnant people on a different level.

In my spare time I enjoy spending time with my now grown-up son and my partner, walking and spending time outdoors, traveling, cultural events such as concerts and theatre, and I have a passion for animation.