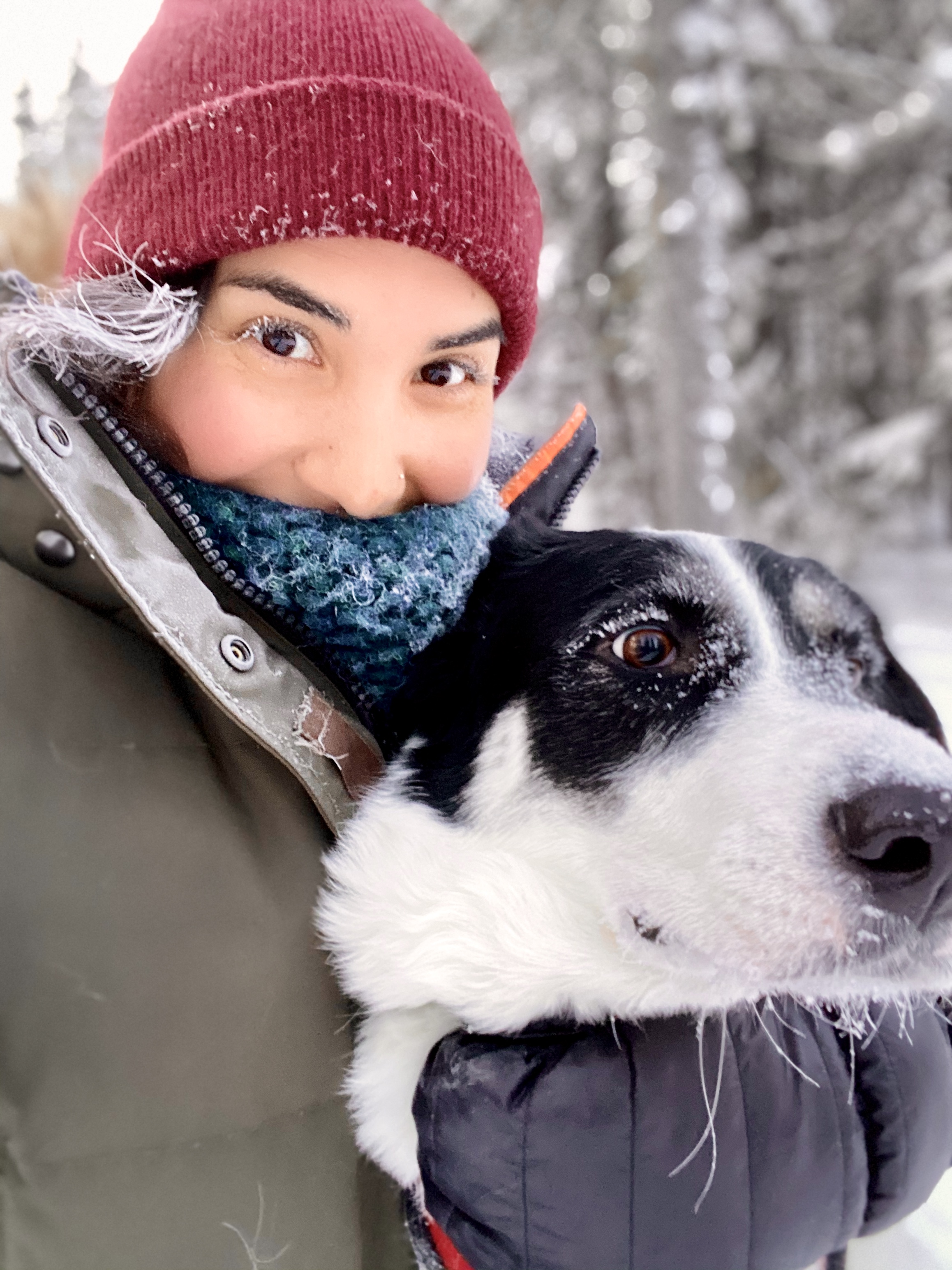 Melissa’s philosophy in both her life and career is to go where opportunities take her, follow her interests, and have fun while doing it. So far, she says that philosophy has served her well.

Throughout her education and employment journey, she let her passion for healthcare and continued learning guide her path. Melissa holds a bachelor's degree in International Development Studies from McGill University, a Master’s degree in Global Health and Development from University College London (UCL), and a degree in Nursing from the University of Toronto (UofT). She also previously spent time working for the Centre for Addictions and Mental Health (CAMH) in Toronto, where she had a role in project management.

But it was through the UofT accelerated nursing program that she fell in the love with the North when she did her final consolidation placement at the Marie Adele Bishop Health Centre in Behchoko. She joined the team full time as a Community Health Nurse for two years, where she enjoyed the relationships with her colleagues, community members, and the exciting nature of the work.

Not long after, an opportunity to develop a new role arose; the Territorial Cancer Screening Specialist. Staying true to her philosophy of embracing change, and gathering her years of education and professional experience, Melissa jumped at the opportunity.

“I think that this is the kind of place where, if you want to work hard and if you have ideas for change, you can implement them and feel supported.”

Melissa was able to jump in headfirst and worked to secure third party funding through the Canadian Partnership Against Cancer to establish the Northwest Territories’ first Colorectal Cancer Screening program. This program was rolled out in the Beaufort-Delta region, which has some of the highest case numbers of colorectal cancer in the NWT, and previously, the lowest rates of screening.

“It’s on the way to being a game-changer. It’s a program that the Northwest Territories needs.”

Getting this program off the ground was no easy task –Melissa and the Cancer Care team have been involved in every step of the process, including screening electronic medical records (EMR’s) for potential patients, developing relationships with health care staff and Indigenous governments, designing the Fecal Immunochemical Test (FIT) kits with the communications team, creating radio ads and other education campaigns, and finally sending out the kits to the region. After all that hard work, she says they are now starting to receive kits back from patients.

“This whole process has been a long time coming. It sounds really simple on the face of it, but it’s been a long road.”

Though the work is still underway, Melissa is hopeful that this screening program will have a major impact on cancer treatment in the Northwest Territories.

“The whole reason that we do screening for colorectal, breast, and cervical cancer is because by catching them early, it will lead to saving years of life. If found in the early stages, the majority of colorectal cases can be treated effectively.”

“The thing I love most about working up here is that you can be involved in a project every step of the way. I don’t think you get those kinds of opportunities elsewhere.”

In her personal time, Melissa has enjoyed the simplicity that life in the north brings.

“Living here, I find it easier to focus on the important things because there aren’t so many distractions. In a big city, it’s easy to get caught up in the excitement - I was putting a lot of energy into keeping up with everything that was ‘cool’ and ‘new’. But your work, your friends, your family, the community, taking care of yourself, and being outdoors becomes a fundamental part of your focus when you live up here.”

Melissa and her partner have adopted a dog named Luna from Cambridge Bay, tried their hand at sub-arctic gardening, and discovered their love for making homemade pasta. They’ve also enjoyed camping, learning to canoe and cross country ski, going for hikes, and spending time with friends.

“I grew up in Ontario and have a lot of friends and family there, but it can feel lonely when you live in a big city. I don’t think you could ever feel that way living in Yellowknife.”